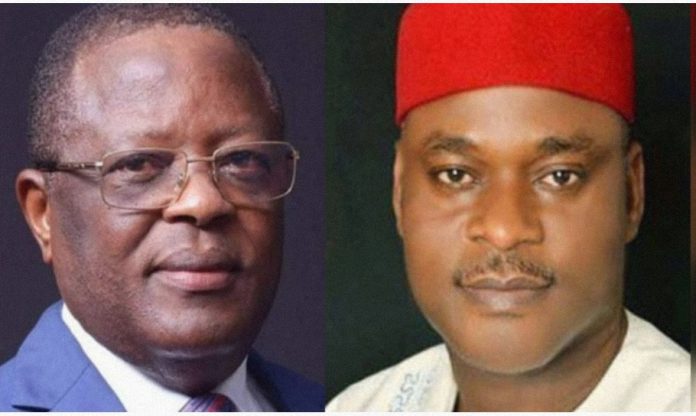 Ebonyi State Governor Dave Umahi has appealed the Federal High Court judgement which ordered the removal of him and his deputy, Eric Igwe, from office.

According to an appeal filed in Suit No: FHC/ABJ/CS/920/2021 on Wednesday, March 9,2022 Umahi, and his deputy stated that the Federal High Court erred in it’s ruling and they, therefore, disagree with the entire judgment which ordered their sack for defecting to the All Progressive Congress (APC) from the People’s Democratic Party (PDP).

They further submitted that there is no provision in the constitution that states that a governor or deputy governor will vacate his office if he defects from his political party to another political party.

Recall that on On Tuesday, a Federal High Court in Abuja had sacked Umahi, his deputy and some lawmakers over their defection from the Peoples Democratic Party (PDP) to the All Progressives Congress (APC).

Meanwhile, The Nigerian Bar Association (NBA) has slammed Ebonyi State Governor Dave Umahi for refusing to obey a court order which has asked him to vacate office as governor of the state.