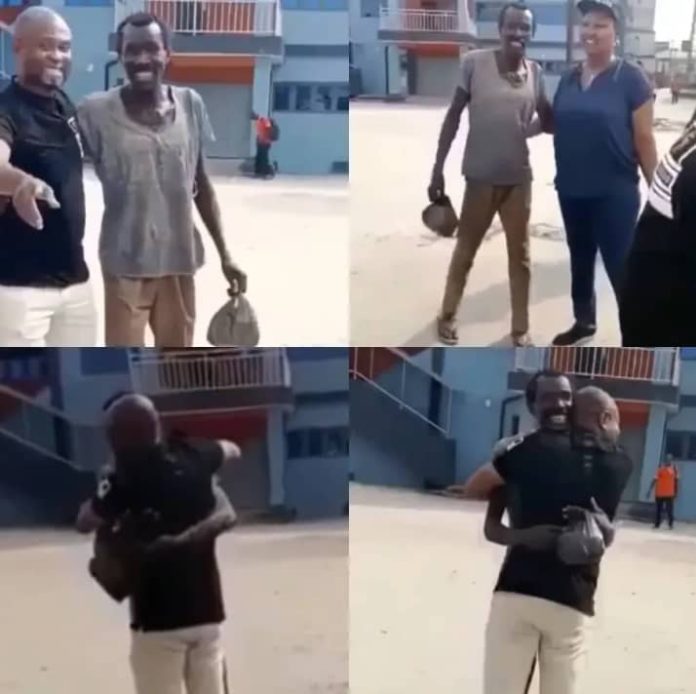 A video that surfaced on social media shows an exciting moment when some alumni of the University of Jos UNIJOS reunited with their former classmate, Hilary Minabelem, who became mentally unstable.

Reportedly, Hilary is said to have gone mentally unstable on the eve of his Master’s degree defense.

Meanwhile, His former classmates left their homes in Abuja and traveled to Rivers state where they found him in Bakana. The coursemates couldn’t hide their joy as they hugged him and exchanged banters with him. Thereafter they took him to a psychiatry hospital in Rumuigbo, Port Harcourt for treatment. The alumni contributed the sum of N320,000 for him to be placed in a private ward for treatment.

They also bought him new clothes.