US and Nigeria Sign Agreement To Return $23m Abacha Loot 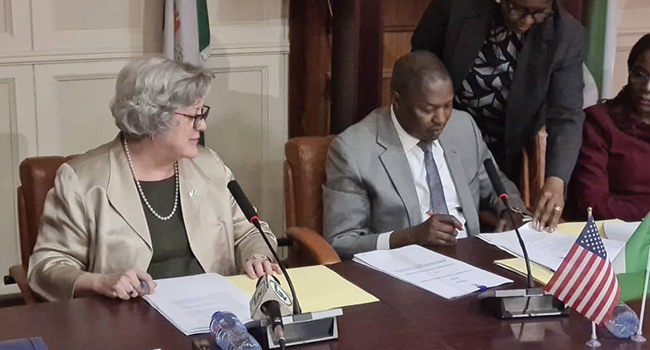 Nigeria and the United States government have signed an agreement on the return of over $23 million of the Abacha loot in a ceremony on Tuesday.

The agreement signing ceremony was held in the office of the Minister of Justice and Attorney General of the Federation, Mr. Abubakar Malami, Who signed on behalf of the Nigerian government, the U.S Ambassador to Nigeria, Mary Beth Leonard signed on the behalf of the U.S government.

According to the AGF, the money will be invested in three ongoing projects by the Federal Government, including the ongoing Abuja-Kaduna road and the 2nd Niger Bridge.