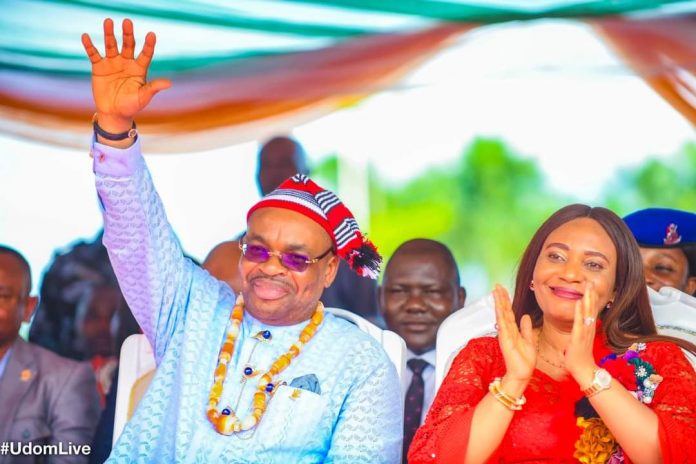 A Coconut Oil Factory with the capacity to process one million nuts a day has been inaugurated in Ikot Akpan Okop, Mkpat Enin Local Government, Akwa Ibom State. 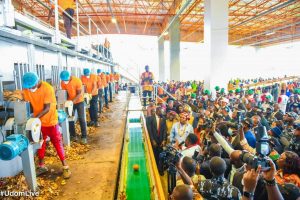 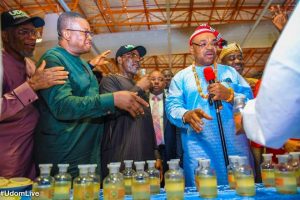 The inauguration of the St. Gabriel Coconut Oil Factory which took place on Friday May 13th,2022, was performed by Senator Gabriel Suswan, former Governor of Benue State. 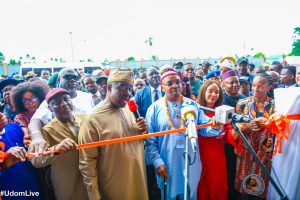 Speaking, Governor Emmanuel said the landmark project which is the first of its kind in Africa is a combination of Asia and European technology built to transfer skills and develop the youths, and will earn the state high revenue as virgin coconut oil costs higher in the international market than crude oil.

The Governor who revealed that the coconut oil factory which will be a major foreign exchange earner is expected to create employment for the teeming youths, and will diversify the economy of the state.

In his remarks, the former Governor of Benue State, Senator Gabriel Suswam, who inaugurated the project noted that the historic event has projected Akwa Ibom state in good light and commended Governor Udom Emmanuel for his ingenuity in creating wealth for people of the state.