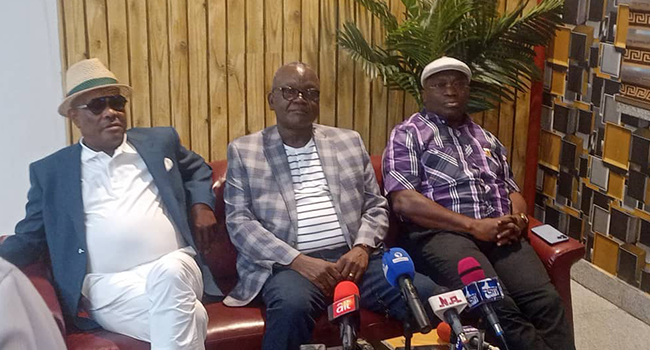 Upon his arrival into the state, Governor Nyesom Wike of Rivers State says his meetings with political leaders in London ahead of the 2023 elections are in the best interest of the nation.

Recall that the governor had in the past few days met with top politicians in the country including the All Progressives Congress (APC) presidential candidate, Bola Tinubu; the Peoples Democratic Party (PDP) flagbearer, Atiku Abubakar; his Labour Party (LP) counterpart, Peter Obi and former President Olusegun Obasanjo among others in London, UK.

According to the former minister, ” What we are talking about is for the interest of Nigeria and Nigerians. It is not a parochial thing – being centred on a person or group of persons”

He added “We believe that what is going on will be in the interest of Nigerians at the end of the day. Consultation is still ongoing. Nothing we have said now has been concretised. Discussions are going on.”