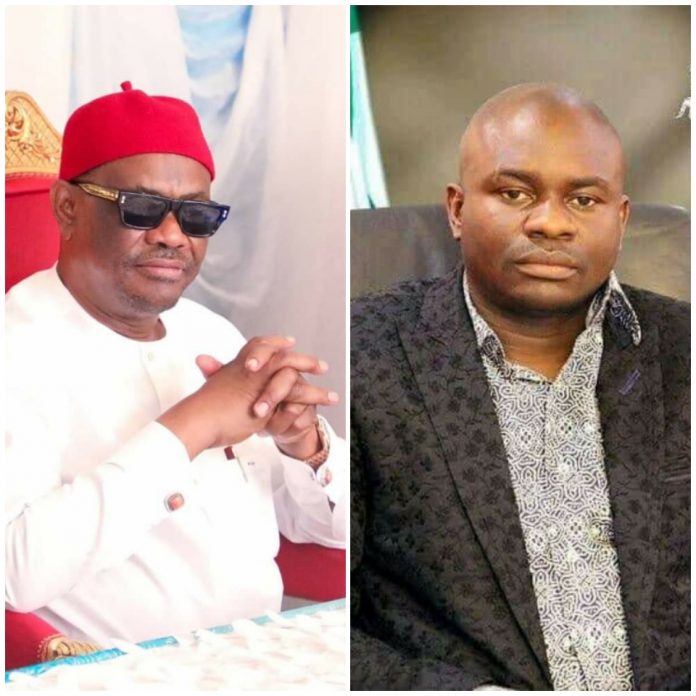 This was contained in a statement signed by Kelvin Ebiri, Special Assistant on Media to the Governor of Rivers State.

Governor Wike has directed the Rivers State Police Command to arrest Hon. Farah Dagogo for allegedly hiring cultists who stormed the PDP secretariat in Port Harcourt, and disrupted the screening of aspirants for various elective positions.

He said, “the Police must as a matter of urgency arrest Farah Dagogo, wherever he is, and must be made to face prosecution.”

“Already, some of the hoodlums hired by Farah Dagogo have been arrested and will be made to face the full wrath of the law”, he added.

Meanwhile, the Federal lawmaker Hon. Farah Dagogo in a statement by his Press Secretary, Ibrahim Lawal, has lay claim that;

1. He (Hon. Doctor Farah Dagogo) is not a cultist and did not hire, send nor procure anyone to disrupt the screening exercise.

2. Hon. Doctor Farah Dagogo was never at the Party Secretariat where the screening process took place. He is Governorship aspirant and not National or State Assembly aspirant.

3. The Governor has taken the decision to credit Hon. Dagogo as sponsor of Cultists in order to stop the screening of Hon. Doctor Farah Dagogo scheduled for tomorrow, April 28, 2022, for the Governorship position of Rivers State.

4. That the directives for the arrest of Hon. Dagogo violates the spirits of Section 14 and 33 of the Constitution of the Frderal Republic of Nigeria, 1999
(As Amended).

5. That the Inspector General of Police should direct the Commissioner of Police, Rivers State not to heed to the directives of the Governor in this circumstance. If the Commissioner of Police, Rivers State considers it incumbent to invite Hon. Doctor Farah Dagogo, he is willing to make himself available on the receipt of an official invite from the police after tomorrow’s screening and not before.

6. Hon. Doctor Farah Dagogo is a respectable and law abiding Federal Lawmaker representing the people of Degema/Bonny Federal Constituency in the House of Representatives

In the meantime, Hon. Dagogo has called on the National Chairman of the PDP to urgently investigate the matters.