Wike swears in new president of Customary Court of Appeal 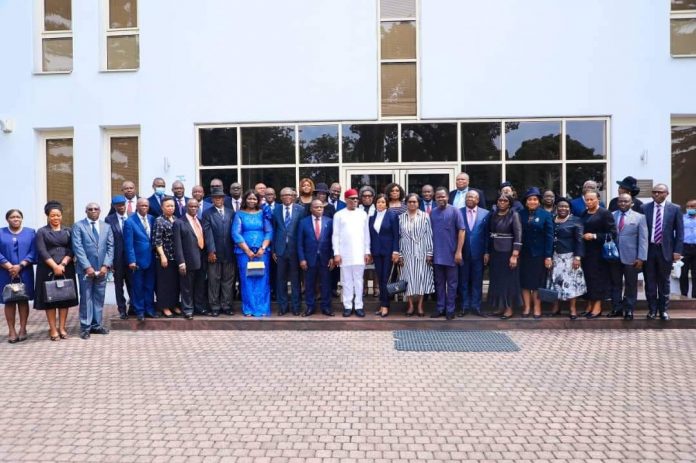 The oath of office was administered by the Acting Chief Registrar of the Rivers State Judiciary, David Ihua-Maduenyi, on Justice Obuzor, who pledged to serve with utmost diligence.

In a report signed by Kelvin Ebiri, Special Assistant (Media) to the Rivers State Governor, Governor Wike restated this position when he swore-in Justice Ihemnacho Wilfred Obuzor as the substantive President of the Rivers State Customary Court of Appeal at the Executive Chamber of Government House in Port Harcourt on Monday, April 4, 2022.

In the Swearing Ceremony, Governor Wike reiterated the need for the nation’s judicial officers to remain courageous in dispensing justice without fear and favour.