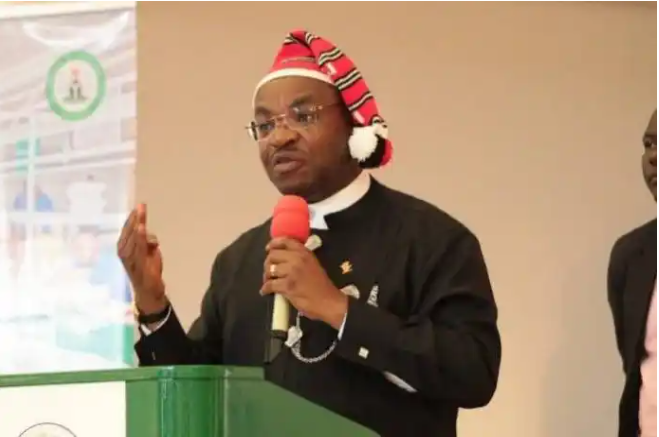 Governor Udom Emmanuel has said the Akwa Ibom State Government has been taken to court by “witches” for building a Christian worship centre in the state.

The multi-billion naira worship centre which Governor Udom is building has triggered lots of controversy as many argued that it should have been used to develop the state.

However during a media chat that was broadcast live on radio and television over the weekend, Governor Udom insisted that it is necessary for Akwa Ibom “as a state named after God, to build a temple for God.

The Akwa Ibom state Governor said during the programme;

“All (the) witches and wizards came together and took me to court that we are building a Christian Worship Center.

“They say they are atheists. The case is in the court, we won them but they have appealed.”

Making a clarification after the interview, one of Udom’s aides, Aniekeme Finbarr revealed that his principal was referring to a lawsuit filed by the Atheist Society of Nigeria against the Akwa Ibom State Government in 2019 to stop the government from building the worship centre.

The court had dismissed the suit and awarded a N500,000 cost against the atheist society. Finbarr added;

“It sounds extremely funny but it is true. There are actually real legal attempts to stop the building project.”