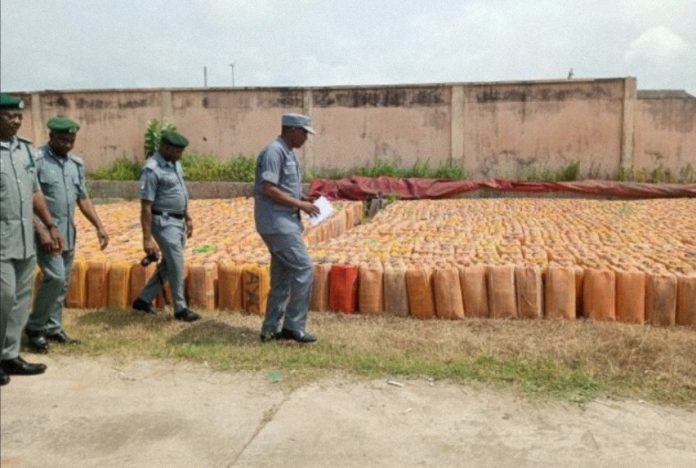 The Seme Area Command of the Nigeria Customs Service (NCS) has seized 119,940 litres of petrol, at the Badagry border creeks.

Area Controller of the command, Bello Jibo, disclosed this at a news conference where he said the duty paid value of the seized product at N28,924,397.

“The large quantities of petrol were intended to be smuggled out of the country. Our men stormed the location and the products were successfully evacuated to the command premises at Seme Border.