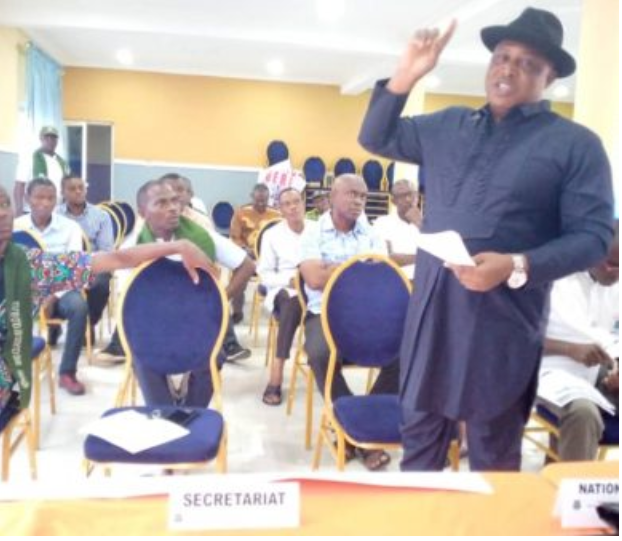 The apex socio-cultural organization of the Ijaw Nation, the Ijaw National Congress (INC) calls on Ijaw sons and daughters to stand firm and not to compromise the Ijaw position on the 2023 Delta State Governorship race.

This was contained in a statement by the Publicity Secretary of the body, Ezonebi Oyakemeagbegha, against the backdrop of the failure of some Ijaw politicians to speak out in defence of the Ijaw position during a recent meeting of the Delta State Peoples Democratic Party, PDP, caucus.

The spokesman stated that “all Ijaw sons and daughters, especially politicians, are under a duty to defend the Ijaw collective position on the 2023 governorship election, which was reached on May 22, 2021, in Warri, presided over by our eminent leader, Alaowei Broderick Bozimo.”

The INC cautioned that appropriate sanctions might be meted out to Ijaw sons and daughters working against the collective interest of the Ijaw nation in the state.

The spokesman reaffirmed the collective position of the Ijaw people to produce the next governor of Delta State in 2023 and called on other ethnic nationalities in the state to support the Ijaw position in the spirit of equity and fairness as Ijaws have demonstrated unalloyed support and commitment to other candidates and the party over the years.