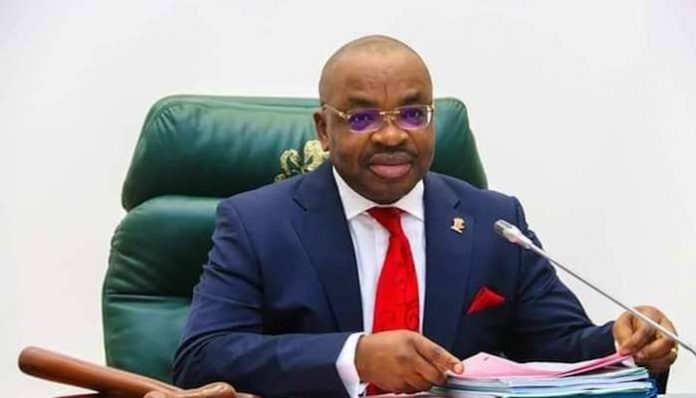 The Akwa Ibom State Governor and presidential aspirant under the platform of the Peoples Democratic Party (PDP), Udom Gabriel Emmanuel, has appealed to both Federal Government and the Academic Staff Union of Universities (ASUU) to end the on-going strike and re-open the universities in the interest of the students and the country.

Udom, in a statement issued on his behalf, by the spokesperson of the Udom Emmanuel Presidential Council, Mr. Bola Bolawole, said the time has come for both the FG and ASUU to climb down from their high horses and avert a disaster that may be lurking in the country’s educational system if the strike is not quickly called off and schools re-opened for studies.

According to him, the discussions are already on going in some foreign countries where Nigerians, especially the youths run for greener pastures to withdraw their recognition of university certificates from Nigeria, saying that the all-round effects of would be better imagined than felt.

The statement reads, “According to data from the Central Bank of Nigeria (CBN), Nigeria’s Diaspora remittances inflow for the first nine months of 2021 rose to $14.2 billion, up 10 per cent Year-on-Year from $12.9 billion in the corresponding period of 2020 and beating the World Bank’s quarter-on-quarter projections for the same period.

“This is second only to foreign exchange earned from the oil sector. Nothing must be done to adversely affect its growth in the short and long terms. If university certificates from Nigeria are no longer recognised, how can our people flooding into countries abroad for further studies and job opportunities fulfill their dreams?

“How can the Nigerian Government benefit from the bounteous energies of the Nigerian people in Diaspora noted all over the world for their resilience, industry, and capacity to excel and hold their own against the world’s best?

“What will be the rationale for the continued maintenance and relevance of ASUU and its members if the students they claim to teach and train are seen and treated as half-baked by their counterparts in other parts of the world?

“Of what benefit and relevance, then, is the continued maintenance of universities whose certificates are treated as worthless by their counterparts in other parts of the world?”

Governor Emmanuel noted that unofficial reports put the population of Nigerians in the Diaspora at 15 million, said a very important safety valve releasing social tension will be closed with dire consequences if Nigerians, especially our youths seeking ‘better life’ abroad, are unable to do so again.

He continued: “This, then, is my clarion call to both the FG and ASUU: Put on the thinking cap of statesmen and resolve this issue as quickly as possible in the interest of all. Where necessary, sacrifices must be made on all sides. And as much as is humanly possible, agreements freely entered into must be respected and implemented.

“Enough is now enough. All the key players or gladiators should understand that what is going on is self-immolation. We all must stop cutting our nose to spite our face. Saving the university system from imminent collapse is a task that must be done. It is the duty of each and every one of us; not the government’s alone; and not ASUU’s alone. Everyone must stand up to be counted.
“I have added my voice! Add yours! Heeding this clarion call is the first step in the right direction,” he said.