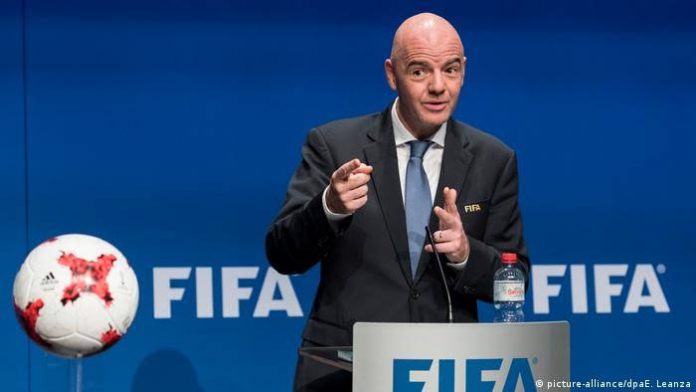 The 2026 world Cup is the first-ever World Cup co-hosted by three different countries and will also see a record number of teams taking part, increasing by 16 from 32 to 48 as the tournament returns to North America for the first time since the 1994 finals.

The 16 venues named on Thursday include 11 in the United States, three in Mexico and two in Canada.

All of the US games will be held in venues that are home to NFL teams, with the likes of the $5 billion SoFi Stadium in Los Angeles and the New York Giants’ 82,000-seater MetLife Stadium in East Rutherford tipped to host the final.

A total of 60 of the 80 games in the tournament — including all knockout games from the quarter-finals onwards — will take place at US venues.

Mexico City’s iconic Azteca Stadium — host of the 1970 and 1986 World Cup finals — was included among three Mexican venues along with the cities of Monterrey and Guadalajara.

Vancouver and Toronto will stage the Canadian games in the tournament.

With the clamor at its peak for the announcement of the official venues for the 80 matches of the 2026 FIFA World Cup, FIFA President Gianni Infantino envisioned a future in which the NFL, NBA and MLB will have to work harder to remain in the fans’ taste in the face of a tough competitor.