Fire guts buildings, properties worth millions of naira in Rivers community
By Mitchelle Uzorka
17 February 2022 | 4:22 am 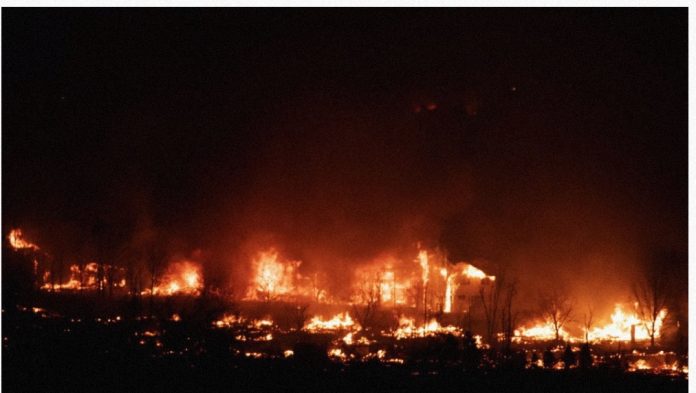 Truck suspected to have carried adulterated fuel caught fire in the early hours of Wednesday at Mgbere Clan in the Ibaa community of Emohua Council of Rivers State.

It was learned that the tanker was trying to meander the rough roads of one of the bunkering sites when it ignited and caught up in flames, destroying buildings worth millions.

A source who is also a resident spoke anonymously and said the fire razed 15 buildings and more than 20 shops were affected. Also, earlier in the week, on Monday, it was gathered that at Ohionu in the same Ibaa, a tanker loaded with petroleum product collided with a building.

MEANWHILE, efforts to reach the Council Chairman, Chidi Lloyd, proved abortive, as calls and text messages were not replied to.

Also, the Rivers State Police Command is yet to comment on the development, as the Spokesperson for command could not be reached at the time of filing this report.