Former President, Goodluck Jonathan and his wife on a courtesy visit to Amayanabo of Kirike Kingdom in Rivers State 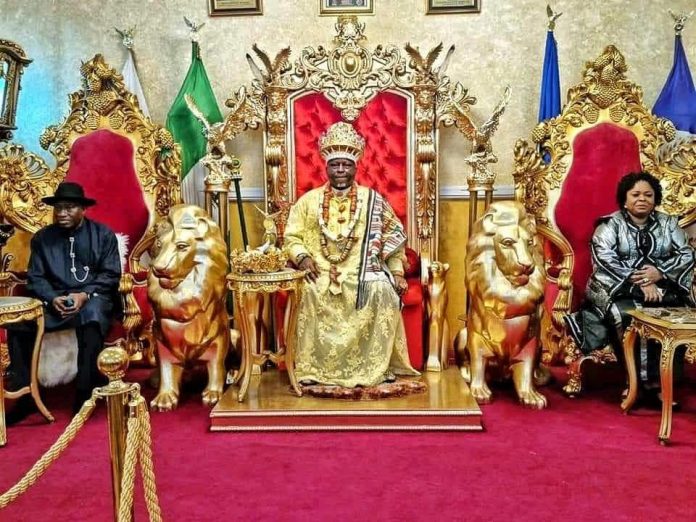 The former president of Nigeria, Goodluck Jonathan and his wife Patience stopped over at the palace of the Amayanabo of Kirike kingdom in Rivers State, HRM (Air Commodore) T.E.O Ogube JP, before proceeding to Okochiri in Okrika LGA, Rivers State.

Goodluck was accompanied by the Amayanabo for the funeral service of his Late security aide, SP Tamunobarasinpiri Loveday. 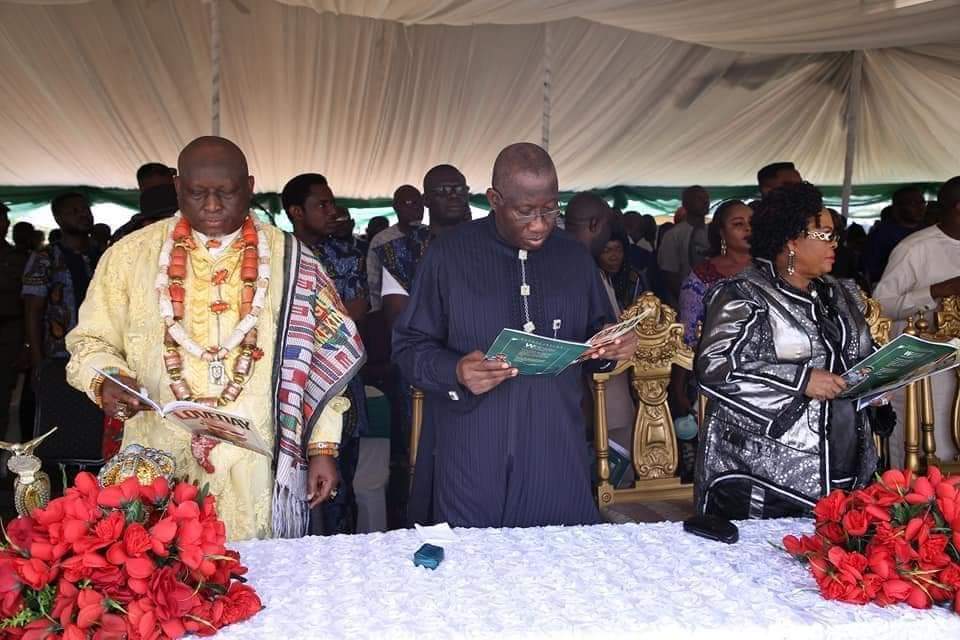 You will recall that the former president escaped death after his convoy was involved in an auto crash in Abuja and the accident claimed the lives of his security aides including late SP Tamunobarasinpiri Loveday.