Four Suspects arrested For Kidnap And Murder In Rivers state 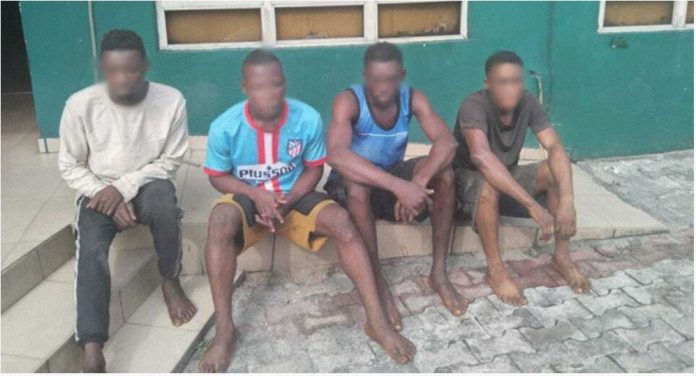 Operatives of the Rivers State Police Command reportedly arrested four suspects involved in the kidnapping and eventual murder of a driver in Emohua Local Government Area.

A statement by the Command’s Acting Public Relations Officer, Grace Iringe-Koko, said the suspects pretended to be regular passengers along the Federal Highway to board the victim’s vehicle and when they got to a quiet part of the route in the Rumuodogo community, they kidnapped the driver, identified as Onyekachi Obioma Chukwuagu, and abandoned the vehicle, with Reg. No. GDD 250 MU by the roadside.