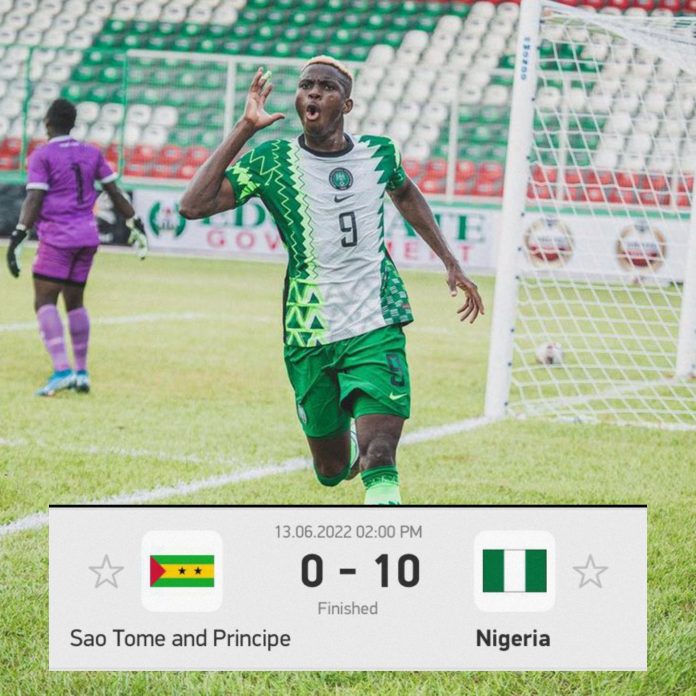 The Super Eagles, on Monday, beat The Falcons and True Parrots of São Tomé and Príncipe at the Grand Stade Agadir Stadium, defeating them by a 10 – 0 score.

Osimhen was the standout performer as he scored four goals and also provided two assists.

The Eagles have now recorded two wins in the qualifiers after sealing a 2-1 comeback win against Sierra Leone last Thursday.

Their next 2023 AFCON qualifier is against Guinea-Bissau in September.