Many feared dead as explosion rocks Illegal Refinery In Imo 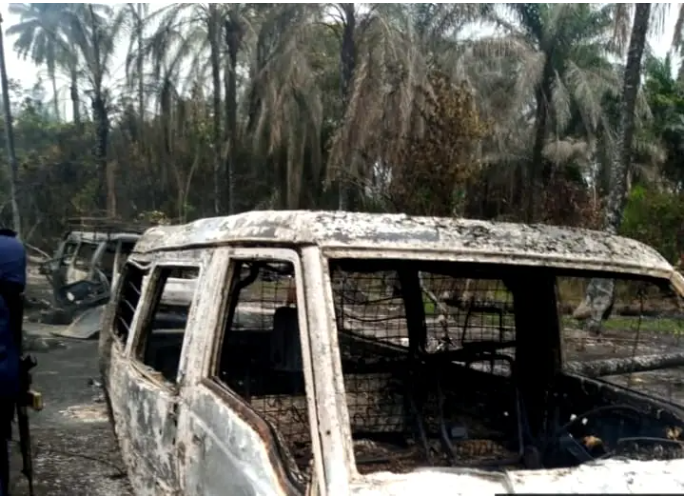 Many people have reportedly been killed after fire engulfed an illegal refinery site in the Abaezi forest, in Ohaji-Egbema Local Government Area of Imo State.

Witnesses said the incident happened around 11pm on Friday but residents of the area woke up to see the huge flames on Saturday morning.

While It remains unclear how many people were on the site when the incident occurred but figures from witnesses range from 50 to over 100.

A source reports that people were unable to go close to the bush at first because of the intensity of the fire and had to wait for the flames to die down before venturing close.

When they got to the scene, they found out over hundred persons have been burnt and many others sustained serious burns.

Meanwhile the Imo State Governor Hope Uzodimma has commiserated with the families of affected victims.

He, however, explained that running an illegal refinery in the area amounted to economic sabotage to the state and the nation and a criminal act which all should desist from.

The governor warned those still in the business of running illegal refinery in the state to stop forthwith or face the wrath of the law.