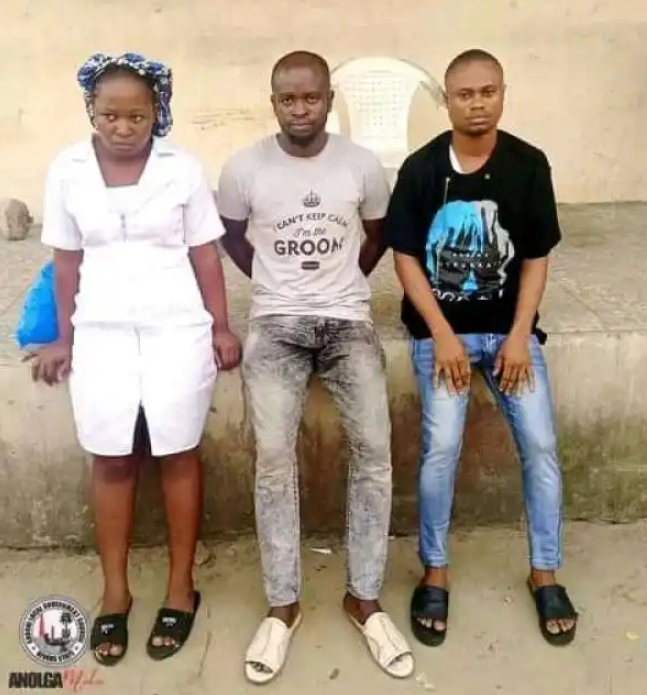 The Rivers police command has arrested three “fake healthcare workers” in Asarama, a community in Andoni LGA of the state.

An official of the Rivers primary healthcare management board, Dagogo Theophilus who disclosed this to newsmen on Thursday said the suspects carried out appendectomy and hernia surgical operations on seven patients before they were apprehended.

“We were informed of an illegal medical mission in Asarama community, and upon investigation, the council chairman, Mr Erastus Awortu, instructed the police (JTF) to arrest the suspects involved in the mission,” he said.

“Unfortunately, we found two of the suspects who said they were auxiliary nurses working with two medical doctors on the mission.

“For some unexplained reasons, they have been in the community since last month, January 17, and we didn’t know about it.”

He said the suspects only obtained permission from the community development chairman (CDC) of Asarama to carry out humanitarian service, but did not follow the protocol for medical missions as carried out by recognised non-governmental organisations (NGOs).

Dagogo also said the doctor who performed the surgery has since been apprehended by the police in Bori, headquarters of neighbouring Gokana LGA.

“Further investigation revealed that the chief suspect, Dr Patrick Effiong, was not even a medical personnel but an unqualified health worker who had been following professional medical doctors for outreaches and apparently picked up the skills to carry out a few surgeries,” he said.

“We immediately ensured the patients were seen and given proper medical attention by the doctor in the Asarama primary healthcare centre, and so far, they’re responding to treatment.

“We have not had any untold incident or life loss in the cause of the mission. But the truth is that the organisation was unlicensed and also operating with quacks and unqualified health personnel. That’s why they were handed over to the police,” he said.