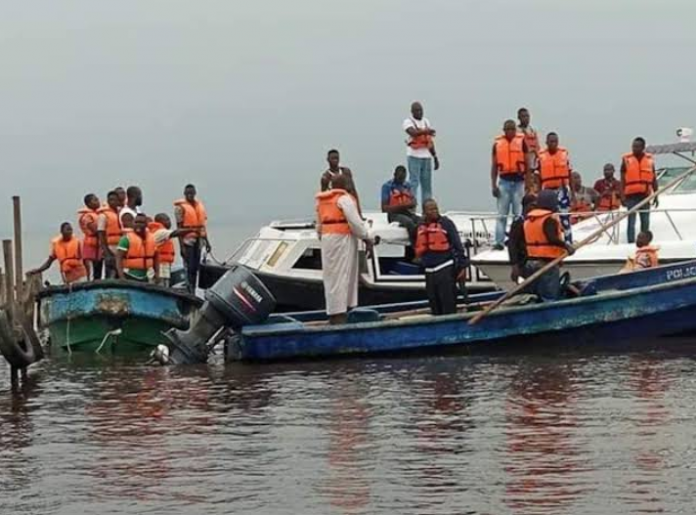 Six of passengers have been confirmed dead in a boat mishap near Otuan and Ayama communities of Southern Ijaw Local Government Areas of Bayelsa State.

A pregnant woman, one female National Youth Service Corps (NYSC) member, a 70-year-old chief, a woman, and two kids are among the passengers who lost their lives in the incident that happened on Saturday.

It was gathered that the 70-year-old, Chief Lucky Daniels, is from Otuan community and also a father to a journalist in the state.

The boat and the corpses of the victims are still missing at the time of this report with rescue and search efforts ongoing at Ayama Community.

It was reported that the boat, with a capacity to carry 15 passengers, rammed into a barrier while trying to berth close to Ayama community. It was also gathered that the afternoon rain storm, which made all the passengers cover themselves with Tarpaulin and reduced visibility may have contributed to the disaster.

Domo Timi, a journalist, whose father was one of the victims of the accident, said on the telephone that “my father was involved and rescue teams have been dispatched to check the scene for possible rescue”.

He however expressed confidence in more survivors because most passengers were putting on life jackets.