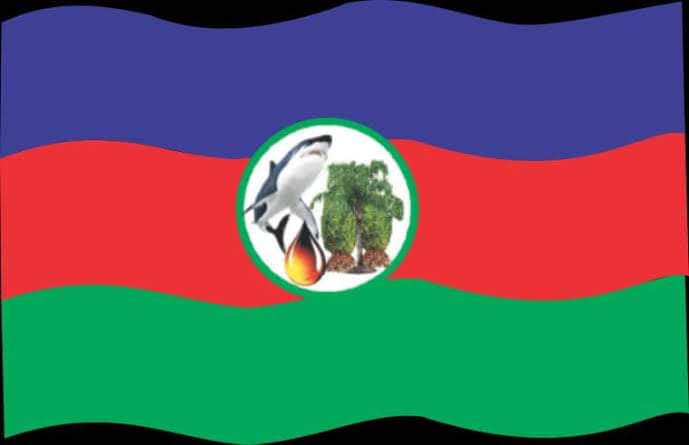 1. The Ijaw National Congress with appalling disgust state in unequivocal terms the kangaroo arraignment and crude detention of a prominent Rivers Ijaw son and member representing Degema-Bonny Federal Constituency in the House of Representatives, Hon. Farah Dagogo, on the orders of Rivers State Gov. Nyesom Wike.

We wish to state in most unequivocal terms that Hon. Farah Dagogo’s continued detention without conviction in a court of law is a clear violation of his fundamental human rights.

2. The illegal arrest and detention of Farah Dagogo is an orchestrated design by the Gov. Wike’s administration to persecute the Ijaws who are resolved to come together to challenge the governorship of Rivers State. May we ask, when did the constitutionally guaranteed right to contest an election become a crime? As a former Minister of State in the President Goodluck Ebele led federal administration did the then Rivers State Governor Chibuike Amaechi who had become an APC chieftain threatened or ever arrested and illegally detained Governor Wike even though they were at loggerheads?

When did Rivers State become the private empire of Gov. Wike that indigenes need permission from him to decide their political future?

3. The INC is particularly miffed at the trumped-up charges against Farah Dagogo that he hired cultists to disrupt the PDP screening exercise which was presided over by his Governor colleague, Sen. Douye Diri of Bayelsa state. Did Gov. Diri ever call him (Gov. Wike) that their lives were under threat on account of the invading cultists? Did the well-fortified security apparatus of Gov. Diri call for security reinforcement because of Gov. Wike’s imaginary marauding cultists? What on earth justifies this premeditated political onslaught against Hon. Farah Dagogo and the Rivers Ijaws? Was the mission essentially to deny him screening so that he would not have a chance to contest the governorship elections against other opponents?

5. By the current shenanigans, Governor Wike has exposed his pangs to underscore his disdain for an Ijaw successor. We now know that this has been his secret agenda. Let the historic contributions of the Ijaw people to the creation of old Rivers State not be lost on Governor Wike.

6. Governor Wike should be reminded that the beauty of democracy underscores free contest and not an imposition. He is not an emperor and therefore cannot single-handedly dictate a successor against globally accepted democratic tenets.

7. As a sitting governor, who is exiting office in 2023 after his constitutional two tenures, his politics of succession must be seen to be all-inclusive and not designed overtly or covertly to exclude Ijaw interest in Rivers State.

8. We have it on good authority that Dagogo’s health has deteriorated as a result of his ordeal in the hands of Governor Wike. He is said to be suffering from chest and stomach complications. Let Gov. Wike realise that the Ijaw nation is watching. Nothing should happen to Hon. Farah Dagogo.

9. The Ijaw National Congress (INC) demands the immediate release of Hon. Farah Dagogo from incarceration. As a lawyer, Governor Wike knows that his trumped-up charges against Dagogo are bailable. If Gov. Wike thinks he has legitimate charges to convict him let him allow the due process of the law to take its legitimate course. Release Dagogo in the interest of peace, justice and fairness, to enable him to pursue his political ambition, to which he is constitutionally entitled.