The Super Falcons of Nigeria beat Ivory Coast by 2-0 in WAFCON Qualifiers. 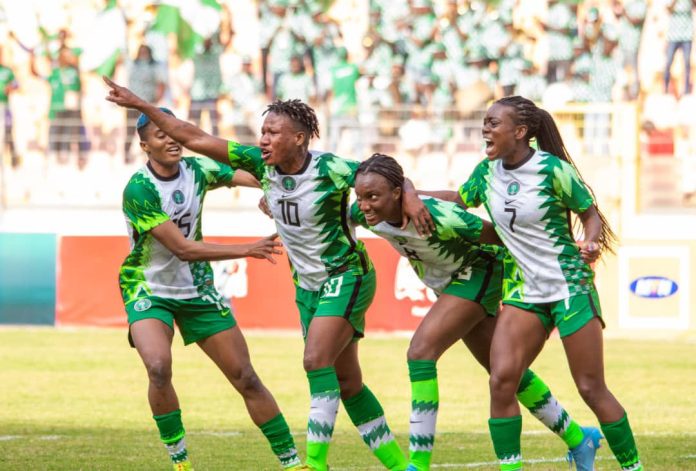 The Super Falcons of Nigeria recorded a 2-0 victory against the Lady Elephants of Ivory Coast in the 2022 Women Africa Cup of Nations (WAFCON) qualifier played today Friday, February 18.

The Super Falcons had not defeated the Ivorians since 2015. Randy Waldrum’s side had to battle against Ivory Coast without star player Asisat Oshoala.

Oshoala who has been in fine form for Barcelona Femeni in Spain was surprisingly excluded from the squad list.

The Barcelona striker, Asisat Oshoala was absent after she had suffered a hamstring in training, but had Leicester City’s Ashleigh Plumptre make her debut.