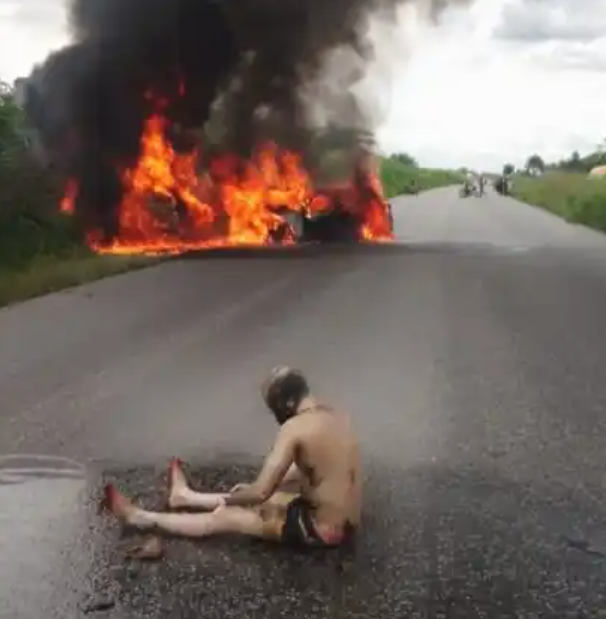 Three persons were burnt to death in a fatal road accident along the East-West Road in Bayelsa State on Monday night, June 20.

Sources said two persons involved in the accident including a Police Constable survived with various degrees of minor injuries.

Eye-witness account attributed the accident to over speeding and loss of control which resulted in an head-on collision.

The Toyota Camry was said to have loaded with petroleum products and triggered a heavy explosion and fire which burnt the victims.

Two males and a female were those confirmed dead while two males survived and were taken to the hospital for treatment.

A Senior Officer of the Federal Road Safety Corps (FRSC) in Bayelsa who confirmed the accident said the injured victims were rescued to a hospital at Yenagoa for treatment.