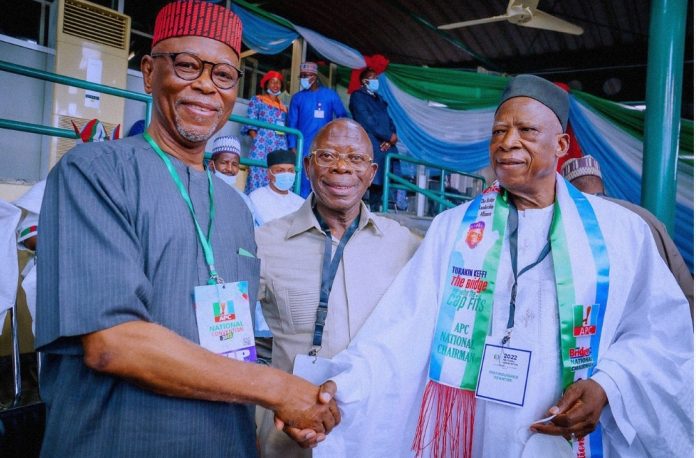 The ruling All Progressives Congress (APC), yesterday March 26,2022 at the Eagle Square in Abuja, elected new party officials that would pilot the affairs of the party till 2026, with Senator Abdullahi Adamu emerging as the new National Chairman.

President Muhammadu Buhari in his address warned the new leadership of the party to guide against the imposition of candidates ahead of the 2023 polls. He also frowned at the menace of money politics, stressing the need for the entrenchment of internal democracy in the party.

The National Convention 2022 Endorsement List comprise of a total of 78 names holding various posts at national and zonal levels.