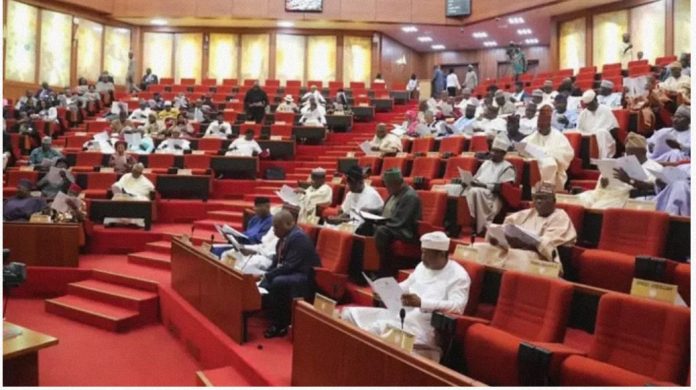 The Senate, on Tuesday March 1 2022 approved the conference committee report on the Nigeria Postal Services Act (Repeal and Re-enactment) Bill, 2022 and also confirmed the nomination of Professor Mansur Auwalu Bindawa as a Non-Executive Commissioner on the Governing Board of the Nigerian Communications Commission.

Bindawa’s nomination by President Muhammadu Buhari, was in compliance with the provisions of Sections 5(3); 8(1); and 11(2) of the Nigerian Communications Act, 2003.

Boroffice, in his presentation, said the Conference Committee met and deliberated on the two versions of the bill as passed by the two Chambers.

The Senate, thereafter, approved the Conference Committee report on the NIPOST bill, 2022.