West Africa: Rising to the Challenges of Consolidating Democratic Governance 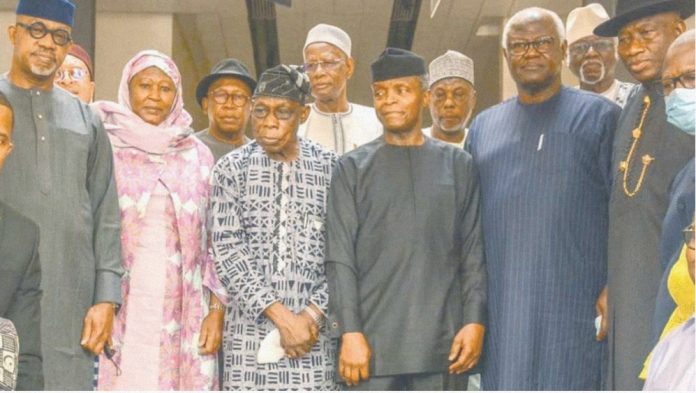 Former President Olusegun Obasanjo and Vice President Yemi Osinbajo have admitted that West Africa and indeed Africa are currently going through hard times, following political instability in some parts of the continent.

They expressed their concerns yesterday at the opening session of a high-level dialogue organised by the Coalition for Dialogue on Africa (CoDA).

It was a two-day event, with the theme, “West Africa: Rising to the Challenges of Consolidating Democratic Governance”, it was held at the Olusegun Obasanjo Presidential Library (OOPL), Abeokuta, the Ogun State capital.

Obasanjo, who is chairman of CoDA, in his welcome address, condemned the military take-over of democratically-elected governments happening in some African countries, saying democracy in West Africa and indeed Africa is at its Fall

In his words ” I feel very sad and it gives me great concern when I see the democratic system we have painfully built collapsing. And I believe there must be a solution because the problem is human and all human problems can be solved by human beings”.

While Osinbajo, in his keynote address, condemned military incursion into democratic regimes of some African countries.

He urged the Economic Community of West African States (ECOWAS), the African Union (AU) and other African organisations to rise up to the challenge and do more in ensuring political and economic stability of West Africa and Africa at large.