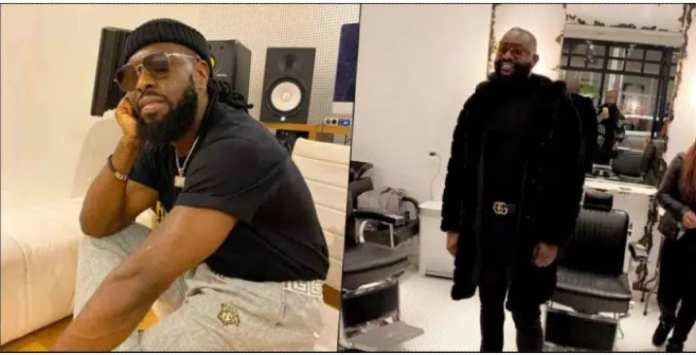 Popular Nigerian singer Timaya, has grieved over the death of his former manager and “best friend”, Prince Nnamdi Oluzor who was shot dead at a gas station in United States.

Timaya who took to social media on Friday to mourn the deceased said “I can’t believe I came to America to bury my BEST friend. Nnamdi why? And we just reconciled.” 😭😭😭😭😭😭😭😭😭. 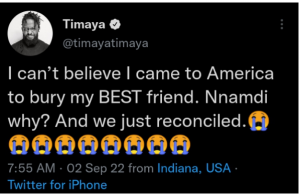 Meanwhile, It was reported that Oluzor was shot outside a gas station in Atlanta in US on Wednesday evening, August 31.

According to Cody Alcorn, the 38-year-old was waiting in line in a gas station for about a couple of minutes when he noticed some individuals trying to get into his car, so he ran outside to go after them.

As he approached, one of the suspects opened fire at him. Oluzor was rushed to the hospital but died from his gunshot wounds. The suspects are still at large.