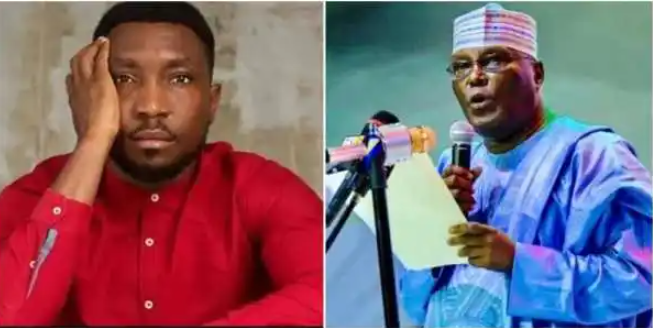 Nigerian singer, Timi Dakolo has responded to those criticising him for performing at former Vice President, Atiku Abubakar’s official declaration for the 2023 presidential race.

Dakolo sang his hit song ‘Great Nation’, which has since stirred reactions on social media.

Some Nigerians attributed his performance at Atiku’s ceremony to endorsing the PDP presidential candidate despite his criticism about the state of the nation a few days ago.

They called him out for seeking daily bread without considering if the ‘old leaders’ would return to power in 2023.

Timi Dakolo, responding, said he will sing and collect bread.

He urged those pained about his performance to go ahead and sing theirs.

He wrote: “I will sing and collect bread my Guy, if it pains you well well, go sing your own.”