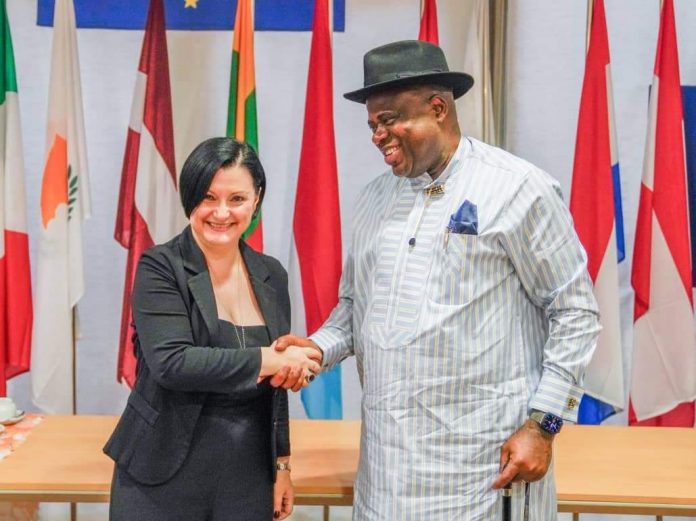 His Excellency, Senator Douye Diri, Governor of Bayelsa State today led a delegation from the State to visit the Ambassador of the European Union to Nigeria and the Economic Community of West African States (ECOWAS) Ms. Samuela Isopi at the Embassy in Abuja to seek areas of economic cooperation.

The EU Ambassador who commended the great development initiatives under the present administration in the State, said they had included Bayelsa State in their educational intervention project to build the capacity of teachers in the 2023 programme schedule. 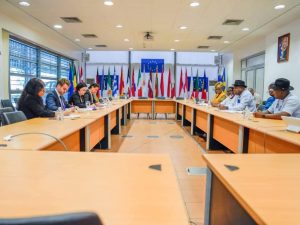 Governor Diri who has invited the EU Ambassador to visit Yenagoa for further engagement assured that his government was taking proactive steps to tackle security issues both on land and in the maritime domain.

He said that the newly established State Safety Corps would engage over 6,000 youths across the State as security volunteers and that he has appointed a tested retired Brigadier-General in the Army to head the corps to achieve efficiency. 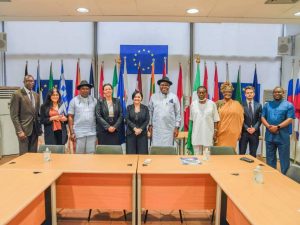 The EU Ambassador has accepted an invitation by the Governor to visit Yenagoa as part of measures to boost the cooperation.