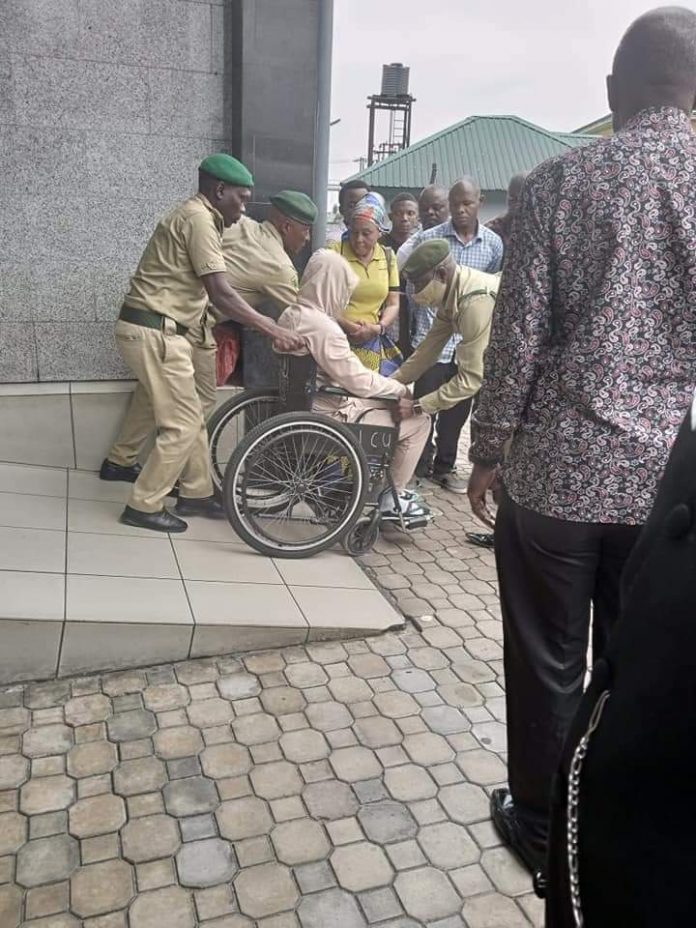 The Senior Advocate made this known to Journalists, Friday, shortly after Justice Chiwendu Nworgu of the State High Court further adjourned the matter between Rivers State Government and Hon. Doctor Farah Dagogo to June 23rd, 2022.

Friday’s trial could not progress after State Prosecuting Counsel, Chidi Ekeh failed to present the state’s witnesses for continuation of trial. Calls by Enweluzo, counsel to Farah Dagogo, for the case to be struck out for lack of diligent prosecution was rebuffed by Justice Nworgu who rather adjourned.

The lawyer expressed dismay with the legal frustration being put in the defendant’s way and the apparent unwillingness of the state government to prosecute the matter, as well as granting the Federal Lawmaker bail.

” They asked for an adjournment on the ground that the witnesses are not available on the ground that they went to Abuja to give evidence on a similar case. Of course we objected on two grounds; one, lack of diligent prosecution and particularly, the provision of Section 50 of the Evidence Act to the effect that if a Public Servant, who has responsibility to give evidence in court, is not available, there has to be a gazette provided or a letter from His Head of Department to show why he was not available for that evidence.

” Two, we have already served them another motion for bail as far back as 10th of June. Uptil now, no response. The state counsel said he has filed a response but not yet commissioned. But by law, they are entitled to 48hours to do that which elapsed on the 12th of June and today is the 17th. In any event, in its wisdom, the Court granted an adjournment to next week Thursday to argue that motion for bail or go on with the Hearing of the matter.

” We get to court, we are being frustrated, no business is being done, one adjournment or the other. If you cannot prosecute him, why bring him to the court in the first instance?

” It appears the state is satisfied with the incarceration of a Member of an arm of government in perpetuity and has no inclination or intendment to prosecute him. It is rather unfortunate,” the Senior Advocate explained.

On his part, Prosecuting Counsel for the state, Chidi Ekeh, admitted that the witnesses were not available and as such the trial was adjourned.

” The case came up for Hearing again today, but unfortunately our witnesses are away for another matter in Abuja and so they couldn’t attend court. That’s why the hearing didn’t go on,” Ekeh said.

The trial of Hon. Doctor Farah Dagogo has suffered series of setback from the Prosecuting team. On May 20th, 2022 the Presiding Judge, Hon. Justice Chiwendu Nworgu was said to have fell ill and could not sit the matter was then adjourned. On June 8th, 2022, the State Prosecuting Counsel, Chidi Ekeh was also said to have fell ill with the case adjourned to June 17th, 2022. Today, the case suffered another adjournment as witnesses could not be provided.