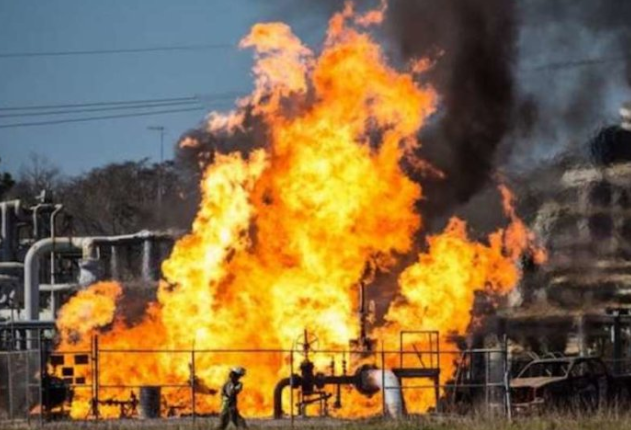 An explosion has rocked the facility of the Nigerian Agip Oil Company (NAOC) in Nembe, Bayelsa State disrupting crude oil production and cutting oil export from the Brass export terminal by some 25,000 barrels per day.

The Italian oil firm, in a statement yesterday 14 March, said the gas output of 13 million standard cubic metres per day has been deferred due to the incident. It said the blast which occurred over the weekend was the second after an earlier incident on February 28 at its Obama flow station which led to a production shortfall of 5,000 barrels per day.

“An incident occurred on the Ogoda/Brass 24” oil line, at Okparatubo in Nembe Local Government Area of Bayelsa State. The event was caused by a blast, consequently causing a spill. All wells connected to that pipeline were immediately shut-in whilst river booms and containment barges were mobilised to reduce the impact of the spill.

“Regulators for inspection visit and repair teams have also been activated. State and Federal Government and security authorities were notified. Deferred production is estimated at 25 kbopd oil and about 13 MSCM/d of gas. Force majeure has been declared at Brass terminal, Bonny NLNG and Okpai Power Plant,” Eni, the parent company of NAOC said.

It was gathered that the impact of the blast has caused an oil spill with massive pollution of waters in the surrounding area.

“Whenever there is a spill, our nets and other fishing gears get soaked in crude oil and become condemned as you cant use them and even the smell of crude oil scares fish away.

“We have written to the companies concerned to see reason with us and assist us, but we have not got any response from them; we are contemplating seeking redress in court,” he said.

The actual cause of the explosion is yet to be known, but the National Oil Spills Detection and Response Agency (NOSDRA), said investigations have been conducted, but that the field officers were yet to file their reports.