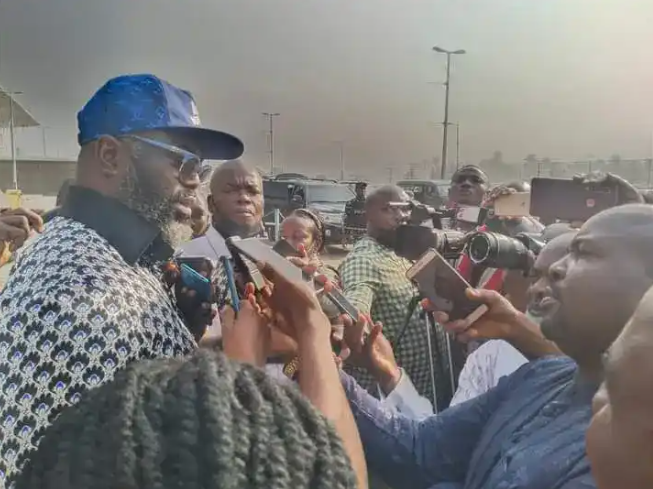 A frontline politician and business mogul in Rivers State, Chief Dumo Lulu-Briggs, has declared his intention to succeed Governor Nyesom Ezenwo Wike come 2023, thereby becoming the first to publicly declare interest in the governorship position in the state.

Lulu-Briggs, who disclosed this while speaking with journalists at the Port Harcourt International Airport, Omagwa, however, did not declare the political party he would be contesting on its platform.

He stated that his vision for Rivers State was to create an atmosphere of peace and development where indigenes of the state irrespective of political affiliations will bond together.

He said; “Well, I don’t know why nobody has declared. I believe that they may be all consulting. Rivers State is blessed with a lot of very capable hands and I believe that in no time, you will see them file out in their numbers.

“Now, they are consulting. Let me ask you; do you think I am qualified and you want me to contest? Then, why shouldn’t I contest? There is a lot of work that need to be done. The work that I have been trying to do all these years. I am still young and strong. I have to give my very best at all times. I will run by the special grace of God.

“Well, the platform right now is Rivers State. We need to have a state that is inclusive for everybody. So, if Dumo Lulu-Briggs is running, we are sure to have a state where everyone including Nyesom Wike and Amaechi can bind together.