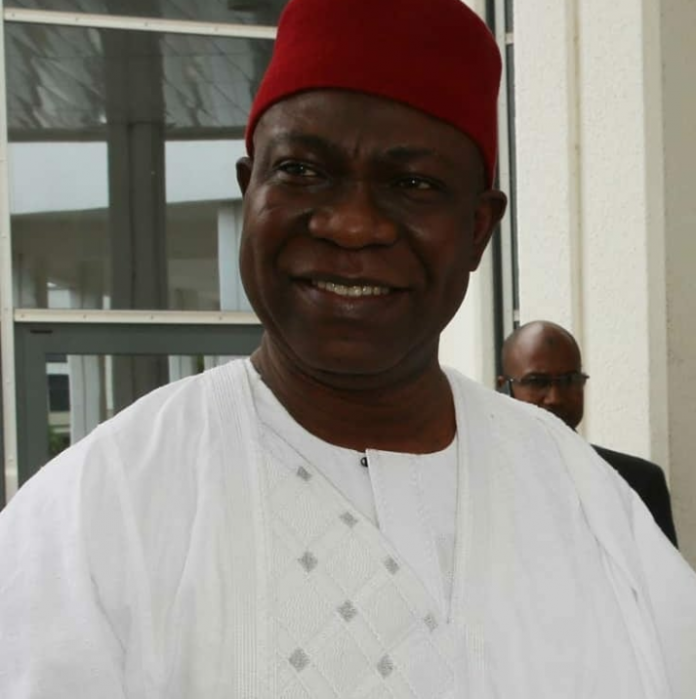 The socio-cultural Igbo group, Ohanaeze Ndigbo has asked the Federal Government to ensure the release of former deputy Senate president, Ike Ekweranmadu, who is facing trial for alleged organ harvesting in the United Kingdom.

Ohanaeze made the appeal following a statement credited to the Attorney General of the Federation and Minister of Justice, Abubakar Malami, that the Federal Government will not interfere with any local or international legal battle involving Ekweranmadu.

National Publicity Secretary of Ohanaeze, Dr. Alex Ogbonnia, in a statement obtained by The Sun, disagreed with Malami and pointed out that countries world over would always go for their citizens.

The statement reads, “Every dispassionate Nigerian knows that the practice of organ harvest has over the years become a Nigerian provenance and of course it is not viewed as unlawful so long as there is a mutual agreement between the parties involved.

“It is in the context of cultural relativism and the premium placed on their citizens’ welfare and national pride that countries deploy their diplomatic weights and resources to ensure their citizens obtain justice and even reprieve in a foreign land, no matter the gravity of the offence.

“Ohanaeze Ndigbo believes that Ekweremadu’s case should not be different, especially when Nigeria enjoys longstanding cordial relations with the UK, and all the individuals involved in the UK case are Nigerian nationals.

“The Nigerian government and indeed all Nigerians should know that a measured indignity to Ike Ekweremadu, an illustrious Igbo and a serving senator of the Federal Republic of Nigeria is a sad denouement to Nigeria and indeed the entire Africa.

“We urge the Federal Government led by President Muhammadu Buhari and Mr. Geffrey Onyeama, Minister of Foreign Affairs; Nigeria High Commission in the UK, the Senate and House of Representatives to burnish their diplomatic channels in ensuring that Ekweremadu and wife get the desired assistance by transferring the case to Nigeria,” Ohanaeze stated.